The Economic Effects of Exports in Thailand 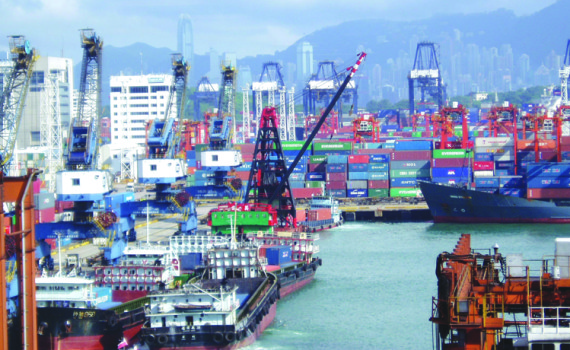 Thailand’s export growth in the first half of the year is pegged at less than one percent (0.95%) year on year. This prompted the Commerce Ministry to downgrade their target for export growth by up to 6.5% from the previous target of 7% to 7.5%. According to the ministry, the downgrade was a result of global economic slowdown and China’s unexpected slow growth rate.

The Ministry of Commerce launched a number of countermeasures in August to address the effects of such changes and in order to strengthen and promote Thai exports for the rest of the year. Such measures focused on new markets and increased export value.

Data released by the ministry showed that Thai exports were valued at US$113.3 billion (3.52 trillion Baht) in the first half of the year, which is an increase of only 0.95%. In Baht figures, the exports were down by 3.72% to 3.3 trillion Baht.

The economic slowdown, particularly China’s, have caused Thai shipments to grow at an unexpected slower pace, thus directly affecting the movement of Thai exports. This has set an alarm to the ministry to closely monitor global economic movement in order to make an assessment of how it would affect Thai shipments.

The first step was to lower the export-growth target for the second half of 2013. The International Trade Promotion Department aggressively promoted exports in the second half of the year. The Director-General of the department said that Thai shipments have had the most impact from the global and China’s economic slowdown. Additionally, the Thai Baht’s strength was another factor that resulted in the negative return for the exports.

The Director General believed that if the Thai Baht remained stable and strong for the rest of the year, it would result in a more positive return for exports. Otherwise, Thai shipments would be hit hard if the Baht appreciates to Baht 28.5 vs US$1. In June, 2013, the average value of Thai Baht was 29.54 vs one US dollar.

Export decline was evident in:

The declining demand from trade partners outside the Asian region cause the slowing down of Asean markets. Even agricultural exports showed a negative turnover in June especially shrimp and chicken caused by scarcity of supply.

A slowed down global economy has direct impact on Thailand mainly because Thailand’s economy is export-driven.