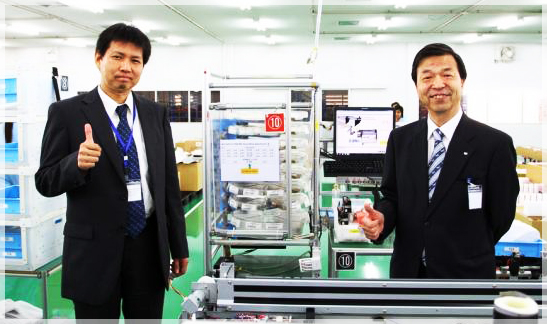 Thailand’s workforce is facing an apparent change in the job landscape driven by ASEAN Economic Community (AEC) efforts, which come with a demand for workers to change their strategies in securing work positions.  These expectations was brought about by ceremonies held last January wherein Japanese companies launched their manufacturing plants in the Kingdom. Nissan, Mazda and Roland DG printer-maker were the three Japanese companies that have already started their operations in the country.

This is further strengthened by Kasikornbank’s (KBank) announcement that over 1,000 medium-sized Japanese companies are planning to expand their operations and investment in Thailand. According to the Executive Vice President of KBank, Songpol Chevapanyaroj, each company’s investment value stands somewhere between Baht 50 million and Baht 100 million, placing the overall investment value at Baht 50 billion to Baht 100 billion. KBank together with 15 Japanese partner banks take care of the financial matters for Japanese companies expanding in Thailand.

There are currently 8,000 mid-sized Japanese companies operating in Thailand, most of which are classified as large companies. The new batch of Japanese companies with expansion plans to Thailand come from high-technology sectors which include vehicle engines and service sectors. This may be attributed to Thailand’s high quality facilities that these companies need for their operations and the Japanese believing that the country will respect the Japanese know-how. Songpol added that some of the 1,000 mid-sized companies currently have operations in China, which they want to move to Thailand as the Kingdom appeals to Japanese investors as having the right elements to operate a business notwithstanding its strategic location as a gateway to ASEAN.

The recent official visit of the Japanese Prime Minister Shinzo Abe to the Kingdom is a clear indication of how much interest Japan has in investing in Thailand. KBank on the other hand will have its hands full managing and assisting Thai business operators through business-matching activities between the two countries. They’re bound to benefit from the transactional services between the investing Japanese companies and the counterparts in Thailand.

Songpol, however, has expressed concern over some issues Thailand has yet to address and overcome, and these could derail the timetable of the investment plans. One significant issue Thailand has to address is the apparent manpower shortage or if there are workers available when Japanese companies start setting up in Thailand, are they qualified and suitable to the available positions? Do they have the right skills set for the job?

Another concern is the Baht’s strong position against the US dollar which could cause major risk-management problems for Thai business operators. This could be negated by the current number of importers which are more than the number of exporters under this size classification. Small and medium-sized businesses in the import and export sector will not be much affected by the currency’s strengthening. Fortunately, import value is maintained at higher level than the export value, mainly due to the infrastructure investment that attracts more machineries and raw materials into the country. According to Songpol, offshore investment by large companies is expected to help ease the volatility of the Thai Baht. Kbank’s forecast is that the Thai Baht will trade in between 29 – 31 against the US dollar this year.

Many accounting firms in Thailand, particularly in Phuket, which is the second largest province producing good GDP and attracting investors saw this move as another mover for the country’s entire economy and a good sign for decreased unemployment rate.