Thailand: Worth a Second Look 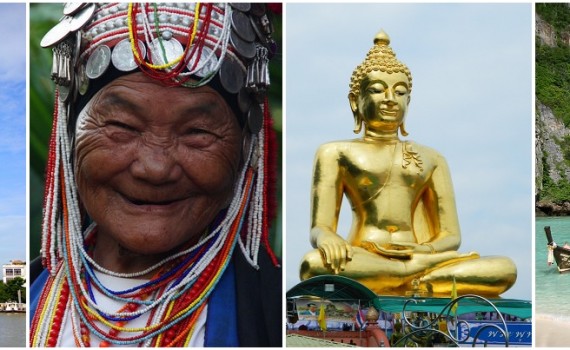 Thailand – this is a country known to many as the Land of Smiles, and for many good reasons. Aside from the hordes of beautiful tourist destinations, Thailand offers a lot more than that. Talk about fantastic bargains and incredible discounts- that’s what Thailand is for many tourists. And not one soul who had been to the Kingdom will ever deny that they have made a silent promise to come back to Thailand sooner than later.

That’s Thai tourism on a silver platter. Visitors just want to return to Thailand for as many times possible because of all the good things the country offers them.

Undoubtedly, a lot of factors have caused economic uncertainty in Thailand – political unrest in 2009, massive flooding in 2011 and pockets of criminal incidents in some parts of the country. These things have definitely affected not just tourism but also the property market as prices dropped to record-breaking lows.

But resilient as they are, the Thai people managed to rise up from the crisis, many thanks to the “twin engine” strategy implemented by the economic leaders of the country where Thailand was promoted as a tourist hub and an export driven market. These are the main driving forces of the country’s core economic growth and stability. See this article about how resilient is Thailand’ s economy.

As a necessary measure, aimed at restoring tourists’ and investors’ confidence in the country, the government underscored their commitment through massive investment in infrastructure which includes improving existing transport system and implementing flood control measures. And these efforts were seen by the outside world as the country’s genuine commitment in getting the country out of its political and economic mayhem and turn the country into an investor’s haven.

These efforts paid off and tourism has the best indicator – Thailand had an estimated 21 million tourist arrivals in 2012 which is 19.8% growth rate over a 6-year period. The export sector is the second to have a positive indicator, as increased export activities driven by the automobile industry was a notable occurrence in 2012. And the country’s GDP growth had consistently achieved an excess of 5% clearly indicating recovery since the 2011 Bangkok flooding.

With its growing economy, Thailand government received reassurance that all their efforts were well spent, with Japan investing about 15.9 billion THB in the third quarter of 2012. Investors from other countries have poured in as well, indicating investors are confident of the country again.

In the property market front, onshore and offshore financing facilities have eased their requirements and have become friendlier to property investors as they offer their services to finance their investments.

Local loan facilities are offered in about 10 local banks/bank branches. There are banks that extend loans to foreigners subject to fulfilling certain conditions and some banks cater to local loan applicants only.

Bangkok Bank (Singapore Branch) and UOB (Singapore). This facility complements the local loan facility offered by local banks. Foreigners who were not approved for local home loan may be able to take up to 70% of the property’s value at about 8.75% interest rate.

For better knowledge about the interest rate and loan programs available for foreign nationals, consulting an established accounting firm in Phuket would be of great help. Getting financial advisory and having a look at the real economic state of a country would be a nice move before making investments and ensuring a sound one.