BOI to Focus on Knowledge-Based Industries 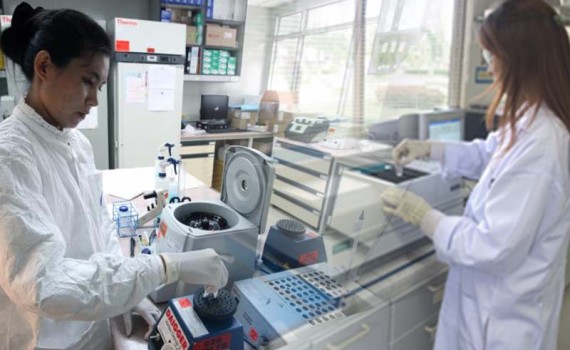 Thailand with its impressive economic growth despite the economic downturn being experienced by other countries around the globe, is again set to add another milestone to their unparalleled efforts in making the country politically strong, economically stable and industry-wise. In its latest promotion strategy, the country is on its way to becoming a knowledge-based economy, focusing on industrial restructuring pushing towards a knowledge-based, high-technology industries.

Through Thailand’s Board of Investments or BOI, efforts are geared towards working out a new investment promotion strategy based on what the local Thai and foreign investors have to say. And to facilitate this, the Ministry of Industry and the BOI Office have initiated five seminar schedules wherein business operators across the country will have the opportunity to voice out their opinions, suggestions or concerns.

The first two seminars took place last January 14 and 24, respectively. Three more seminars are scheduled in February. These seminars hope that the business operators will participate in the discussion as all the suggestions and recommendations or feedback offered at the stated seminars will be included in the proposal being drafted on the new investment promotion strategy for a presentation to a BOI meeting on March 2013, which will be chaired by Deputy Prime Minister and Finance Minister Mr. Kittiratt Na-Ranong.

Despite the minimum wage increase and the government extending its funds to help small and medium enterprises with the added salary cost, the BOI is hopeful that this project will materialize soon and the success rate will be above par. The increased minimum wage is set to increase the unemployment rate in Thailand, but with the promotion of knowledge-based industries, the projected increase in unemployment rate will somehow be covered.

The BOI is hopeful that the policy for the new investment promotion strategy will be implemented as soon as June 2013. Under this new scheme, the Board of Investment would put more emphasis on foreign investment that will promote a good balance between social and environmental development and economic growth. At the same time, investments promoting a balance between industrial, agricultural and service sectors are also adhered to by this new scheme.

Industries wherein Thailand has shown good potential are those involved in food processing, health care, rubber products and creative industries. On the other hand, more importance and attention will be given to industries related to future global trends namely, biotechnology, alternative energy and high value added services.

Initial plan will minimize basic incentives but the Board of Investment will formulate additional incentives for investing companies focusing on research and development, training of human resources and environmental protection. The Board has also laid out proposals to adjust investment rules and regulations on non-tax benefits and services that will eventually help improve the business environment as Thai investors will be encouraged to divert their investments in other countries.

Thailand’s Industry Minister believes that the new investment policy will give Thailand the opportunity to develop as a leader in the world’s production base. This is based on the BOI-compiled statistics that Thailand’s investment value in 2012 reached a staggering 1.46 trillion Baht, increasing 131 percent from the previous year. There were also a total of 2,582 investment applications received from January to December 2012. This figure represented an increase of 29.7 percent for the same period in 2011. To see Thailand’s economic growth, the last quarter report of 2012 can attest to the booming economy. You can see it here.