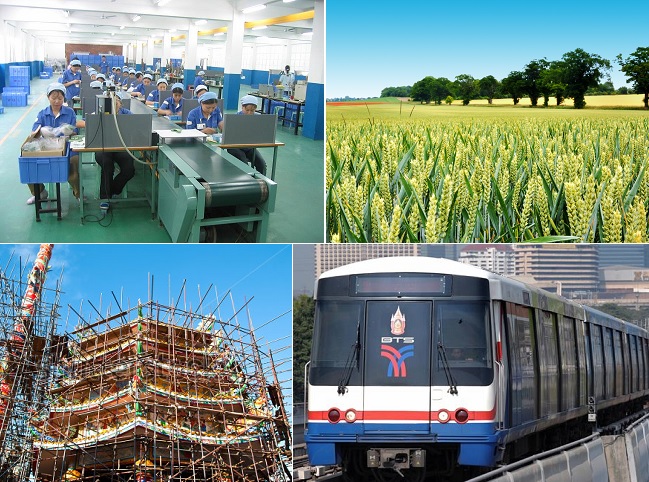 Thailand suffered tremendously from the floods that ravaged the country in late 2011. But the people’s resilience and the government’s relentless efforts in inviting foreign investors to the country has somehow helped the country rise up from such devastation. In fact, the Thai economy has enjoyed healthy growth following the flood crisis. Additionally, the government never stopped accelerating efforts to restore investor confidence to bring in more investments that will help the economy.

Investors who have shown interest with the aggressive transformation Thailand have been showing after the flood would opt for some financial advisory and tax planning from local accounting firms who have good view of the economy. Together, the investors and accounting firm Phuket would project growth and sales from the current state state of the economy.

In a weekly program, ‘Yingluck Government Meets the People’, Prime Minister Yingluck Shinawatra, on February 9, 2013, expressed desire to see the year 2013 to be a year of prosperity for Thai people and a year of creating confidence in Thailand.

The Prime Minister mentioned that after the massive flooding in 2011, the country’s economy showed positive trends such as increasing purchasing power of the people, more spending observed among the public in various places in Thailand, not just in the capital city. Such purchasing power was driven by the government’s stimulus measures aimed to help people cope with the increasing cost of living. One such stimulus is the Baht 300 minimum wage hike implemented nationwide and the new minimum monthly wage for state officials with a bachelor’s degree pegged at Baht 15,000.00. You can read more about the effect of minimum wage hike in Thailand’s economy here. Foreign investments were encouraged by the government, awarding incentives for those meeting some specific requirements. This resulted in foreign investment value in 2012 that reached Baht 1.4 trillion, an incredible increase from Baht 700 billion in 2011. This showed great confidence of foreign investors on Thailand.

One key industry that took the biggest blow from the massive flooding is the agricultural sector. The massive flooding brought one of two key economic issues on the surface – that Thailand has become an important producer in the global supply chain and the floods caused disruptions in the production of cars, electronics, computer parts and various agricultural products. More than 1.9 million hectares of agricultural land, 1.4 million hectares of which were rice fields, were damaged by the 2011 flooding. Thailand’s rice crop was heavily affected as only 25% of the crop was estimated to have sustained the damage. Fortunately, an overall nationwide bumper crop was anticipated and there was a global surplus of rice in 2011, making the flood effects relatively cushioned.

Economic performance reports showed that the agricultural sector expanded by 8.6% in the third quarter of 2012 compared to a 1.8% growth in Q2 of 2012. The increase was mainly driven by agriculture, hunting and forestry, which grew by 14.8%. Since the 2011 flooding, Thailand has continuously seen a steady recovery path in the agricultural sector as more countries outside Thailand rely on the crops and agricultural produce coming from Thailand.